Kano Electricity Distribution Company (KEDCO) has decried the increasing wave of power theft, and vandalism of their facilities as the major challenges affecting power distribution in Kano, Jigawa and Katsina states.

The head of KEDCO Corporate Communication, Ibrahim Sani Shawai disclosed this in an exclusive interview with INFOMEDIA in his office in Kano. 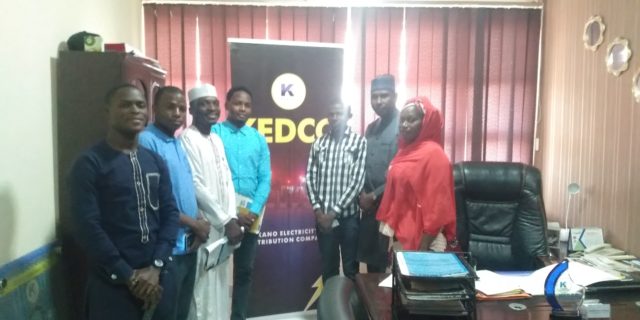 He said the problem of illegal connection by saboteurs alongside lackadaisical attitude of some of their customers in paying their electricity bills pose serious threat to the operational activities of the company.

Shawai explained that these challenges affect the company’s effort of meeting the electricity demand in their franchise states of Kano, Jigawa and Katsina.

On the issue of power theft and other related offences, the KEDCO spokesperson revealed that electricity Distribution Companies (DisCos) in Nigeria, in collaboration with the Federal Ministry of justice has set up a Special Investigation and Prosecution Task Force on Electricity Offenders (SIPTFEO) to investigate and prosecute offenders.

“The task force will be saddled with the responsibility of prosecuting erring customers with regard to cases of energy theft, meter bypass and other electricity related offences”, he said.

KEDCO also said that between January and July, 2019 alone, they have recorded over N10billion uncollectible outstanding debts from their customers, noting that this is not good especially for a private enterprise that also has to pay before getting the electricity from the Transmission Company of Nigeria (TCN) as well as other Generating Companies (GenCos) in the country.

The Communication Officer then announced the company’s new whistleblower policy, which according to him will enable individuals to report cases of electricity abuse in their franchise areas. He said the whistleblowers will be rewarded with five percent of whatever amount the offender will be charged.

KEDCO then urged communities to play their active roles in guarding transformers and other electricity facilities against the activities of saboteurs and conserve power by switching all electrical appliances when not in use. This according to them will improve power in the country if complied.

Man Travels From South Africa To Saudi Arabia By Foot

How Trees In Bayero University Kano Contribute To Environmental Serenity In...

CITAD Sets to Host Coronation Seminar in Honor of Emir of...

#DaRUWANA: The Need to Preserve Our Cultural Ideals